Why use a drone for thermal imaging?

Thermal imaging is an extremely useful tool in many sectors, particularly when identifying issues on roofs and hard to access places. However, surveys at height have traditionally proven problematic due to expense and physical inaccessibility. Surveys at height help identify heat loss in buildings, damp and structural issues. What has been an expensive and often impossible task has been made easier by the use of drones to conduct surveys at height.

Currently drones seem to be the bees knees in many markets. It is a great fad and the attraction of a new technology is compelling and as a result many companies use them for jobs that are inappropriate. However, they are an extremely useful tool for thermal imaging surveys. Manual inspections tend to take time especially if the terrain becomes difficult such as a significant slope.

One sector to benefit from drone use is the Solar photovoltaic market. Thermal surveys are becoming the norm as the drones are now able to fly very accurately due to the GPS controlled automated software. The images captured shows the owner and managers problems and failures (fig 2).

These two examples above illustrate the three benefits;

However, as with all technologies, there are restrictions that need to be taken into account.

ThermoSurvey has the ability to conduct a wide range of thermal and visual surveys. With the latest state of the art equipment and CAA qualified pilots, the company has mitigated against many of the restrictions mentioned above.

Overall the technology is developing extremely fast and what would have taken days now can be done within 24 hours. Once the raw data is acquired, the analytical tools provide a very wide array of valuable results. 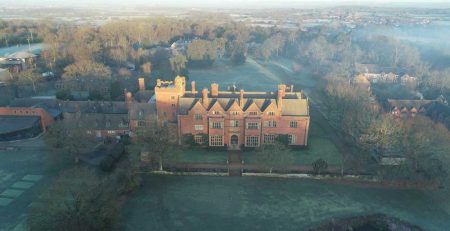 As you know, schools are one of the biggest users of energy in the UK. Helping them to identify…