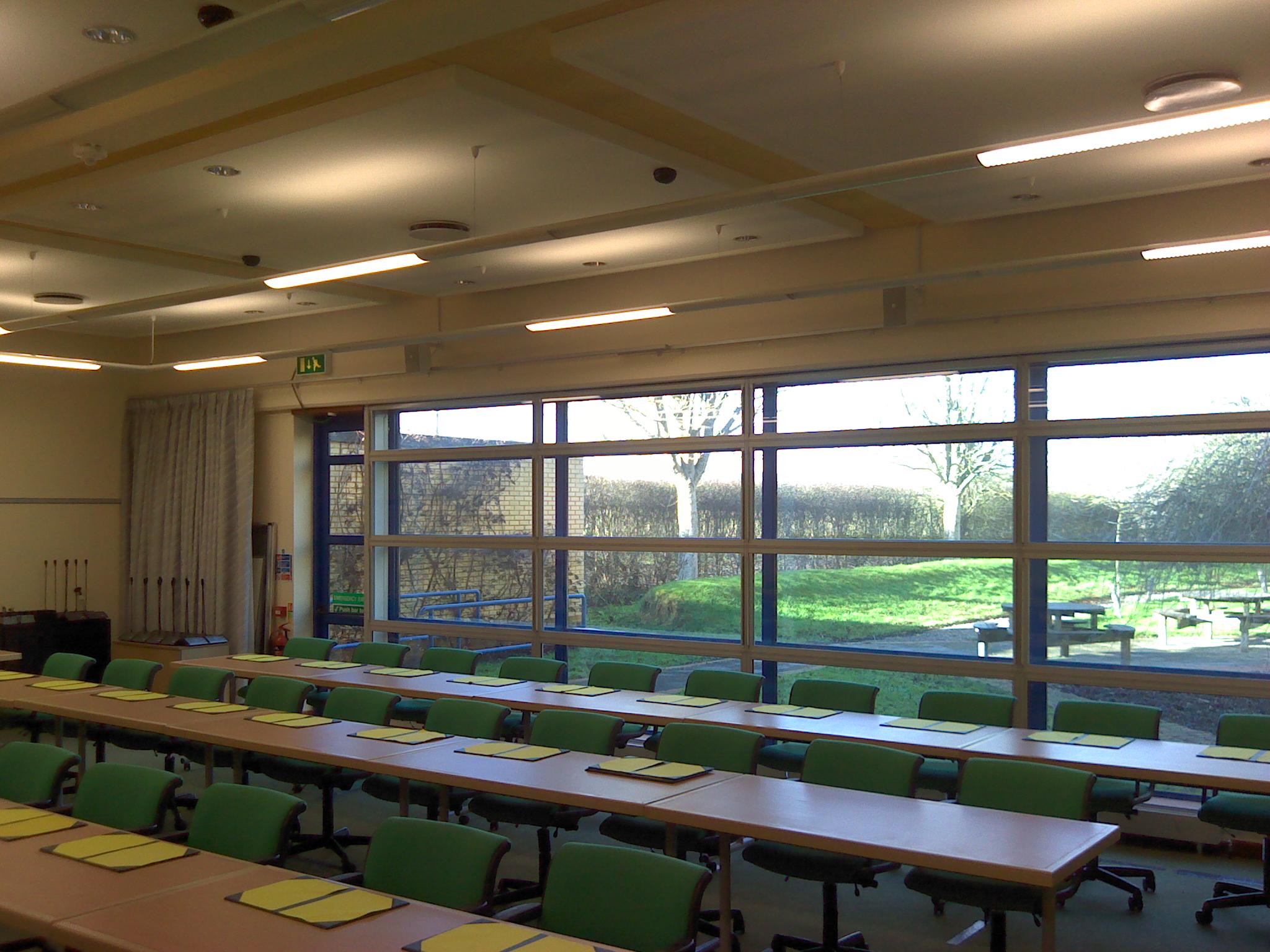 The aim was to identify the areas of cooling in the offices . It was suspected that the problem was the windows.

South Somerset District Council (SSDC) had a problem.. they seemed to be paying too much for the heating of their Yeovil building. They suspected that it was the windows that were leaking heat through cold conduction, although they were not especially old or in physical disrepair. However as a responsible council they were determined to find out the problem in order to reduce bill to the local taxpayers.

They asked ThermoSurvey to survey the property concentrating on the windows. After examining hundreds of windows on 3 floors, we found a problem.

The steel frame of the building was not sufficiently insulated. That is to say, the beams running above the windows on every floor were acting as a cold bridge, conducting heat from out of the building and allowing the cold to enter. The above picture shows the heat differential o fa about 2-3 degrees C cooler than the rest of the walls. The beam on each floor was 18m long just for one side and 0.5m wide. Therefore 9m square of area was dropping the temperature considerably in the office. And that was just for one side! On one floor.

Looking outside we saw this:

Unclad Steel frame beam conducting heat out of the building

Views from the roof area with the remote camera on a mast, we could see the heat from the offices conducting through the beam.

ThermoSurvey found that the most heat loss overall was from the framework of the office structure. A simple cladding of the  area may reduce the cold a great deal. Additionally the good news is that the issue was not the windows which would have been relatively expensive.

The estimated cost for the removal and replacement of the windows would have cost £185,000.

ThermoSurvey was able to show the Council where to act effectively to reduce the heat loss due to cold conduction through building beams , saving the local tax payer excess heating bills, not to mention the cost new windows.

” …the board were very interested in the consultancy document and are very happy that they can actually see where the problem lies”- David Coombs, property manager